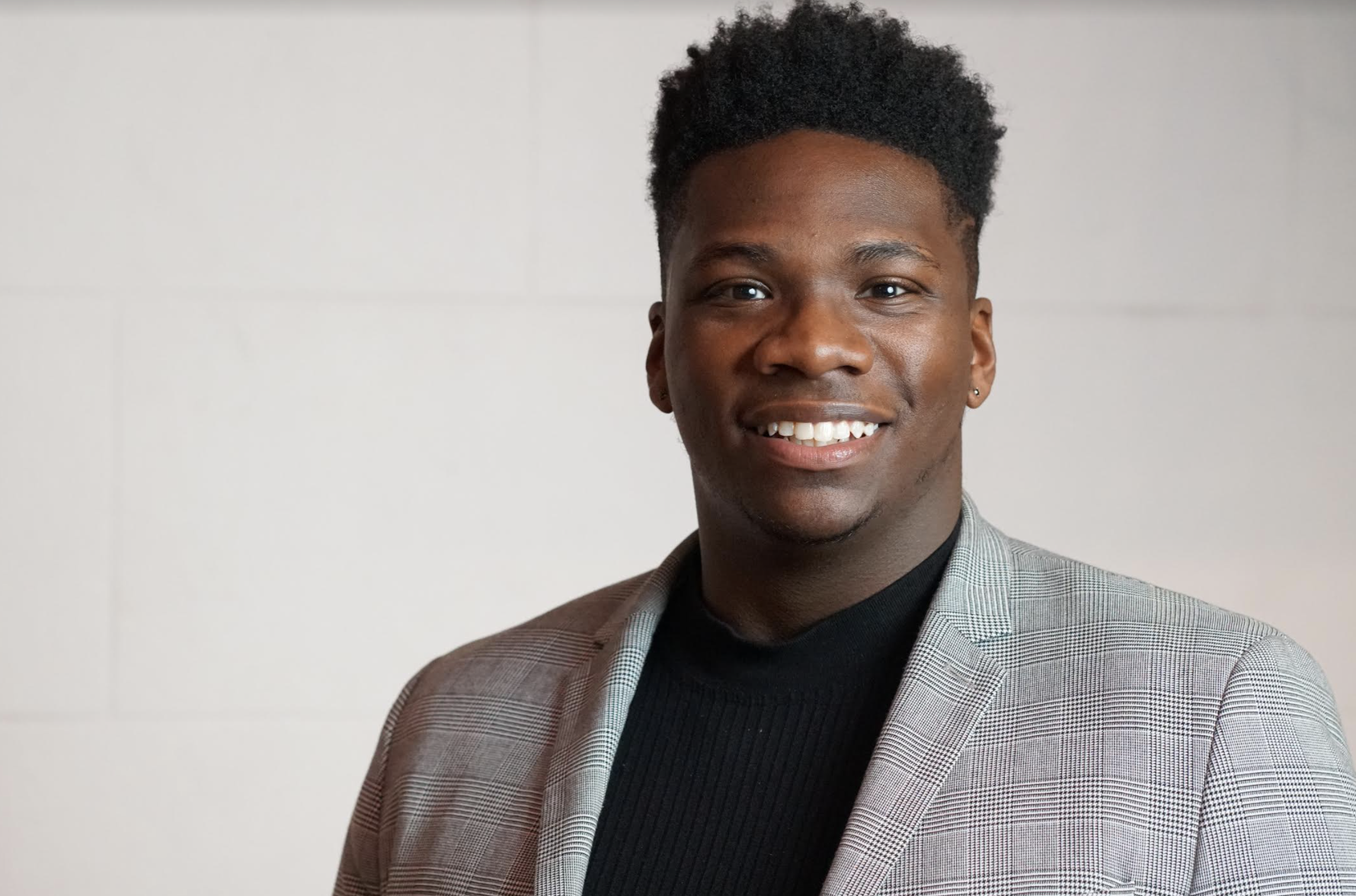 Dwayne Scott is the External Affairs Coordinator at North Lawndale College Prep (NLCP) and is also a NLCP alum. He grew up in Chicago, just a block away from NLCP. From kindergarten all the way through high school, Dwayne attended charter public schools in Chicago. Throughout that time, he felt challenged, loved and supported by his teachers. When he entered high school, the teachers and staff at NLCP looked at Dwayne as an individual, always taking his own unique learning style into account. The work they did in high school was always serious and meaningful – always a part of something bigger.

Dwayne graduated from NLCP in 2016. In 2017, he had the opportunity to return and began to volunteer at his alma mater while he attended college. He was hired on the team in 2018 and was then promoted to his current role in 2020. He loves that in this role, he can give back to the school and the community that gave him so much. To him, and so many other students and alumni, NLCP is home. They are a family.

One of Dwayne’s roles is to run the Executive Scholars program for the high school scholars. This program began a few years ago when NLCP sought to expand how the high school scholars envisioned their lives and future careers, so they developed a partnership with a local law firm. This partnership brought lawyers in to help scholars to transition from high school to college to their careers. Over time, they developed an effective set of lessons and a curriculum that NLCP has expanded into an official program this year.

When Dwayne and his team kicked off the Executive Scholars program this year, they planned on using that curriculum with students. However, 2020 being the year that it was, they made adjustments for the students who attended school in a hybrid model. They wanted to accommodate everyone involved to keep the lessons and the partnership going.

In this shift, they decided to run virtual panel discussions with the school staff and partners so that all students could benefit. One panel discussion was specifically on study habits. The panelists gave their insight, experiences, and personal tips. Dwayne’s team then made that panel discussion available for students online. They studied it during their advisory sessions. They could get this important information even before they get to college.

Teachers, students, and family members are excited about the content – and the shifts that made it possible for all students to participate in their advisory classes. Parents have noted that due to the content in the Executive Scholars program, their children’s study habits and work ethic have improved.