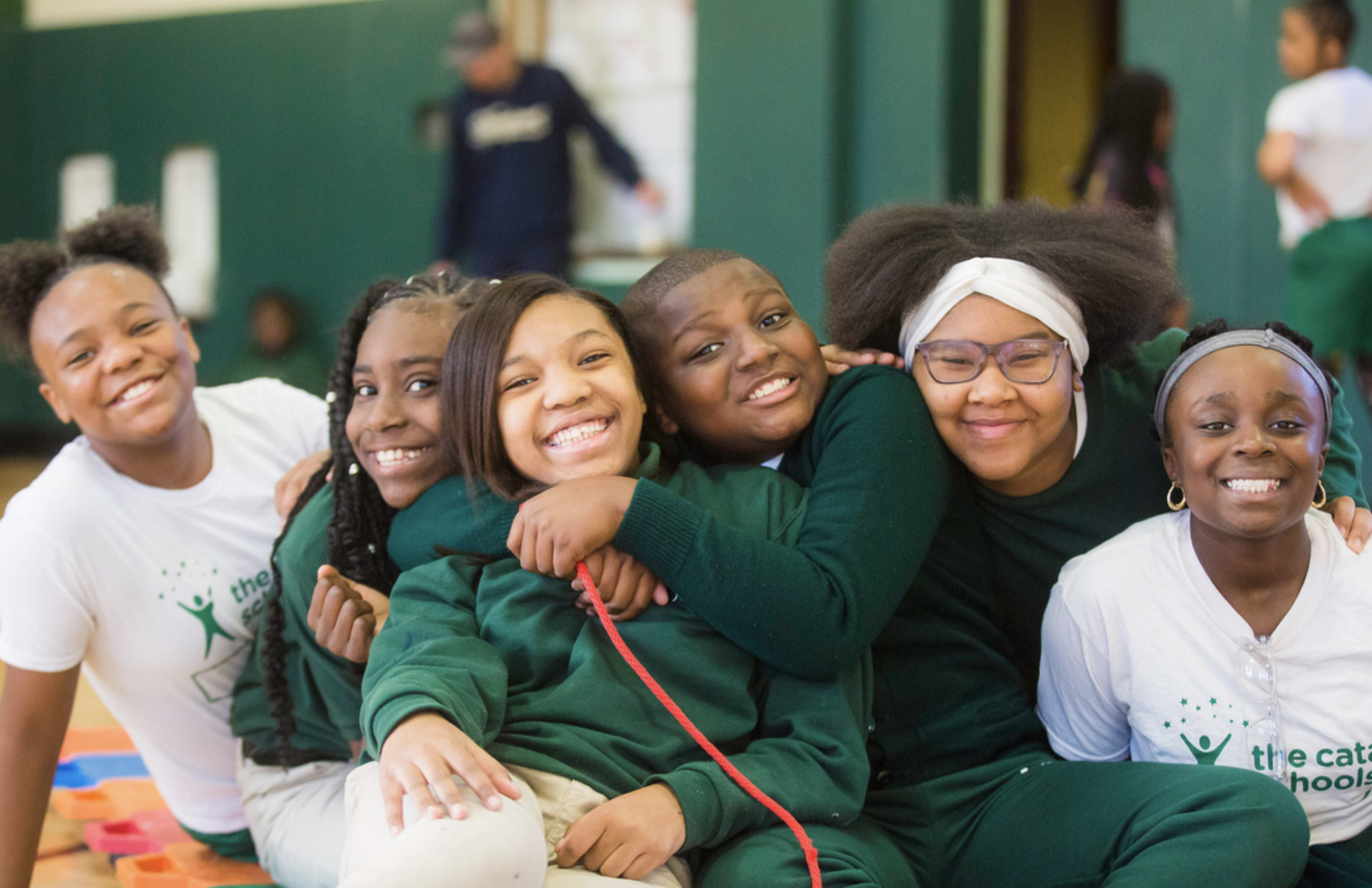 The story of Catalyst Schools began in 2001 when Gary Comer – founder of Lands’ End – brought then CEO of Chicago Public Schools Arne Duncan to visit the San Miguel Middle School on Chicago’s West Side. The students at this small faith-based school were thriving. The school partnered with community organizations and provided its graduates the support needed to get into and through high school. Parents and members of the neighborhood served on the team as teachers, leaders, mentors and volunteers. Many of the teachers lived as a community in a nearby house. The school was modeled after the first San Miguel School in the Back of the Yards neighborhood that was opened in the dining room of a convent in 1995 by the same lifelong educators – Ed Siderewicz and Gordon Hannon. It was a unique and successful model, and Arne Duncan wanted it in the CPS portfolio. He asked Ed, Gordon, and their new colleagues Sharon Morgan, Kathy Donohue and others to go to work on a new school for CPS.

But the San Miguel Board said, “no”. Too much bureaucracy, rules and compliance and politics. Besides, San Miguel was faith-based, rooted in a 300+ years legacy of Lasallian education.  Nearly six years of invitations later, the answer changed to “yes”. It took that long for San Miguel leaders to embrace the idea that the values and pedagogy found in the Lasallian legacy are completely accessible and appropriate in the public sector. In the end, the compelling desire to respond to a call from CPS to serve more children living in underserved neighborhoods drove the decision to open a new public charter school that would be called “Catalyst”.

Catalyst now continues that spirit of service in Chicago through a K-8 campus in Austin and K-12 campus in Chicago Lawn, with over 1600 students. The model of community partnerships and post graduate support remain hallmarks of the schools, as do graduate outcomes: over 90% of Catalyst Circle Rock 8th graders graduate from high school within four years of graduation, and graduate from college at six times the rate of their national peer group; Catalyst Maria High School graduates have an impressive 80% persistence rate in college. Sharon, Kathy, Ed and Gordon remain on the Catalyst team with over 200 colleagues and live the mission that the schools profess very simply as teaching minds and touching hearts.

This excerpt is from a mission booklet that is shared with each new hire at Catalyst: Human life is sacred and the dignity of the human person is the foundation of a moral vision for society.  In our society, human life is under constant threat and the value of human life is threatened in a variety of ways.  Each person is precious, people are more important than things, and the measure of every institution is whether it threatens or enhances the life and dignity of the human person.