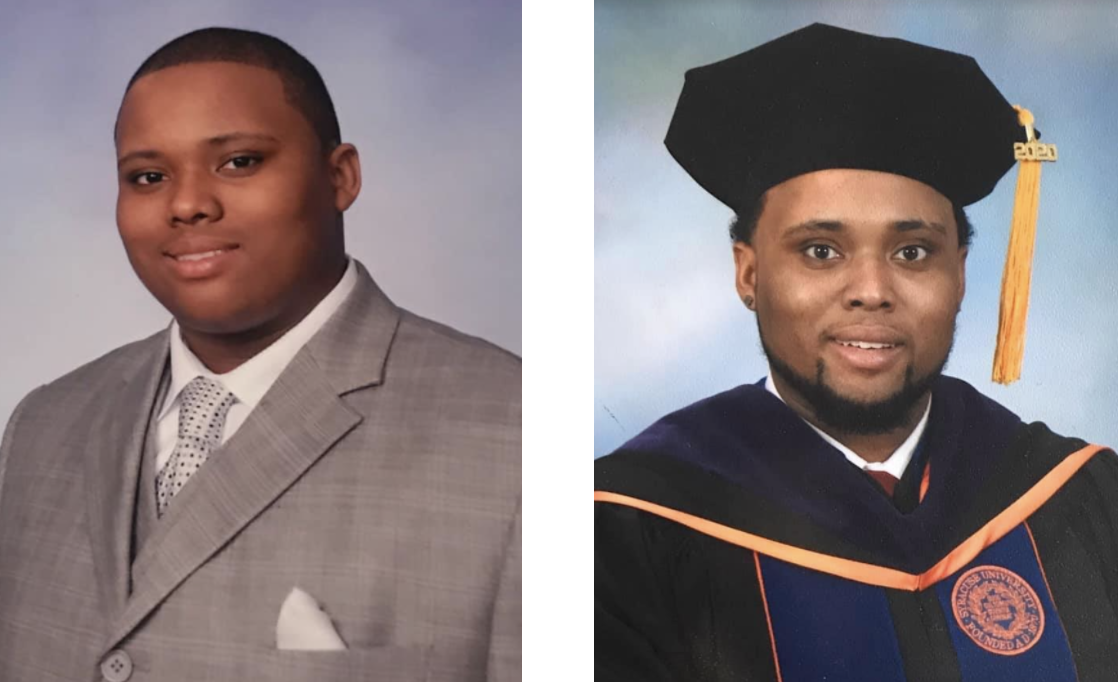 From Catalyst Circle Rock to Attorney: How William Wolfe Followed His Dreams

William Wolfe was born and raised in Chicago’s Austin neighborhood. He’s the youngest sibling in a big family. From just seven-years-old, William knew that he wanted to be a lawyer. He was inspired by legal dramas, like Perry Mason, that he’d watch every day while bonding with his father. He had no doubt that this dream would come true.

He started his education at Circle Rock Preparatory School and attended from kindergarten until 7th grade. In 8th grade, though, his school evolved into Catalyst Charter School’s Circle Rock campus. William and twelve other students made the shift and became the “Golden Thirteen” – members of the very first Catalyst Circle Rock graduating class. William was valedictorian.

His experience at Catalyst Circle Rock and the relationships he made there set a foundation for his career. Many of the teachers from Circle Rock Prep stayed with Catalyst Circle Rock so the students had continuity. It felt like a family. Dr. Natalie Johnson was their primary 8th grade teacher. She pushed them as a class and instilled strong values within them, urging them to get into a great high school and college. All of the teachers didn’t just teach academic subjects; rather, they taught the students how to be kind citizens and community members. Many of the Golden Thirteen complained about the uniforms, with their tucked-in shirts and ties. But William didn’t mind. He has to wear them daily now and is glad that he learned how to get used to it at a young age.

After Catalyst, William attended Holy Trinity High School. He then received a full scholarship to attend Saint Mary’s University and the Winona State University, both in Minnesota. Although there were challenges along the way, he found his way to thrive in both high school and college and stay on track to get into law school. Janet Willis advised William throughout his years at Saint Mary’s. As she said, “I don’t know of any other students who have overcome as many challenges as William.” For example, students who received the full scholarship were not permitted to work even part-time jobs at school so that they could focus on their academics. They got a stipend for living expenses. But it came to Janet’s attention that William was actually working overnight shifts at a local McDonald’s and sending the money to support his family. She said, “He overcame every barrier that was placed in front of him. Attending college in rural Minnesota was hard. But William was always authentically himself and found success.”

Finally, in following his childhood dreams, William was accepted into and thrived at Syracuse University College of Law. Syracuse, NY is the 13th poorest city in the nation. He worked hard outside of his normal class load to help serve the community that surrounds SU, performing countless hours of pro-bono legal work. He worked in evictions defense, helping people to figure out how to stay in their homes. He also worked with the Legal Services of Central New York on the Lead Safe Syracuse 2025 Campaign to end Childhood Lead Poisoning. In Onondaga County (the county where Syracuse is located), there are 600+ cases of childhood lead poisoning and 400-500 are from Syracuse itself. William helped to inform the community about this issue and the steps they could take to protect their children.

While at Syracuse University College of Law, William was a member of the Black Law Students Association and was elected President during the 2019-2020 academic year. During his time as President, he planned the First Black History Month Celebration at the College of Law in honor of William Herbert Johnson. Johnson was the first Black graduate from the College of Law in 1903 (also valedictorian) but was not allowed to practice law because he was Black.

He also participated in the National Black Law Students Association National Mock Trial Competition where he was awarded Best Overall Advocate out of 167 participants (SUCOL placed 8th overall at Nationals, Won 2nd for the Northeast Region).

In addition to receiving his J.D., William also earned a Certificate in Advocacy & Litigation. He was awarded the Outstanding Graduate Award, The Paul Shipman Andrews Award (co-recipient), and was also admitted to the Order of the Barrister (a national honorary organization whose purpose is the encouragement of oral advocacy and brief writing skills through effective law school oral advocacy programs).

Prior to graduation, William accepted an offer to practice law at Harris Beach, PLLC and will continue to do pro-bono work as well. He wants to use his legal education to give others access to justice. With less than five percent of attorneys identifying as Black, William hopes to be an example to people from his neighborhood and similar areas of where hard work and opportunity can take you.

As William says, “Growing up in Chicago, violence is something that I saw daily. When you look at the Black Lives Matter movement and what they are trying to combat, it brings a sense of hope for the future.” He gives lots of thanks to Catalyst for where he is today. “Without Catalyst, without being a part of the school program, my life would have turned out differently.”

Click here to watch William tell his own story! 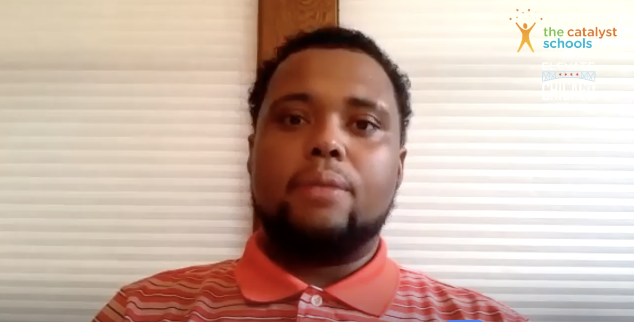