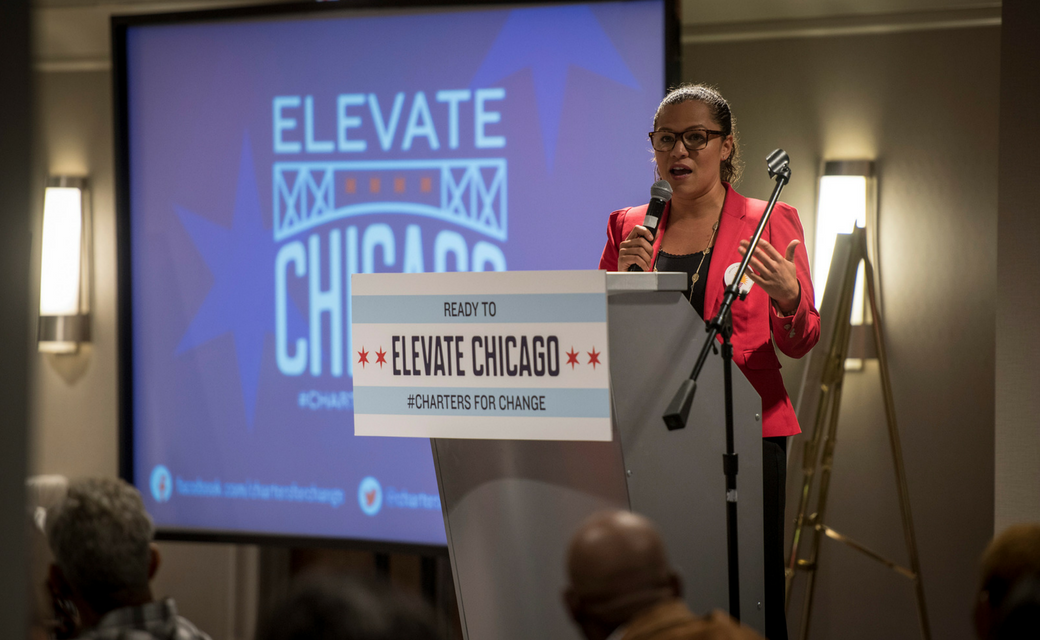 What will you do to fight for your children and your communities?

I have spent the last 15 years of my life committed to serving students across Chicago as a teacher and a leader. But today, I am writing as the mother of two beautiful daughters – two girls who are depending on me to advocate for their future, just as your children depend on you.

Recently, I spent some time reflecting on my experience as a student in Chicago Public Schools, and I realized that I won the lottery.

I won the lottery because I was accepted into Lane Tech High School, one of two selective enrollment high schools in Chicago during the mid-90’s. I was the only one in my school, the only one on my block and the only one of my friends to be accepted.

Before being accepted to Lane, I remember being more concerned about who I would have to fight to survive in the neighborhood high school than I was about where the education I received would take me. That was my reality.

So, I won the lottery. A quality education is a game changer. It’s a civil right, a difference maker and it really does change trajectories. I am an example of that. But what about everyone else?

Every student deserves to have access to a game-changing education that prepares them to be successful in college and in life…and if charters didn’t exist, thousands of families in this city would be left with just “pretty good” choices.

As parents, we know that education is the most critical lever to ensure that our children have the best chance at success. When we talk about charter school advocacy, for me, it’s not about charters being better than neighborhood schools or neighborhood schools being better than charters, it’s about giving parents options. It’s about taking a stand and saying “pretty good” isn’t good enough.

Yet we have so much farther to go. There are bills being voted on up in Springfield that would stop any new charter schools from opening in Chicago. These bills that would deny opportunity to thousands of children.

Today, there’s no cavalry riding in to help and it’s on us to make positive change. So the question I have for everyone is this: what will you do to fight for your children and your communities? What can we do together to make sure that the next generation of Chicago children gets the education they deserve?